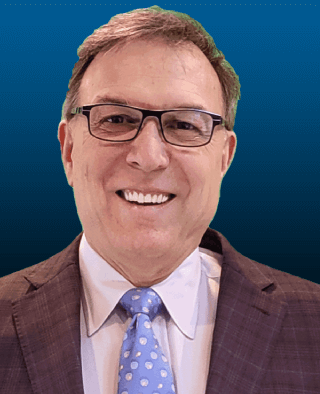 Mr. Kolakowski’s 30+ years of professional career evolved from a 9 year career with Deloitte & Touche to senior-level corporate operations and management positions, to more than 25 years of consulting and coaching across various industries. After working with over 100 companies, David can quickly zero in on areas where businesses can improve whether that is driving revenues, improving employee productivity, cost reduction, streamlining operations or enhancing customer service.

As a Construction Industry Expert at Deloitte & Touche he was instrumental in creating and growing the industry practice group and led due diligence services for valuing purchase prices for acquisitions, IPOs, project accounting, and site analysis. He was the pioneer in implementing the automated audit software tool that changed the process from paper only to full automation.

He created a consulting division with a focus on startup and emerging businesses in Silicon Valley for Deloitte where he led teams to work on market research, proof of concept, business plan writing and investor presentations. Assisted in raising over $900 million for clients.

After Deloitte & Touche, he was hired as a Financial Analysis at DPIC Companies, a subsidiary of Orion Capital, now XL Capital, and quickly promoted to senior management where he broke down and redesigned the operations of the Company to be more efficient and easier to generate increased revenues. This resulted in a 20% increase in revenues and a 100%+ increase in net profit.

After DPIC Companies, he started a consulting firm providing business and technology services to clients including the Federal Reserve Bank of San Francisco, Hewlett-Packard, ADP – The Application Group, Arbor Software and Philips Components. The Company had almost $1 million in sales in the first year and it grew to 15 employees by the time it was sold to investors in its second year. Some of the largest projects include; creating and implementing the Customer Relationship Management and sales tracking system for 5 different languages for the Asian sales force. Streamlining and automating the purchasing process and creating interactive intranet systems. For Human resources, performance appraisals and employee training development was also a focus of his services. And for Management he designed a better way to manage the corporate objectives, initiatives, and tasks to better manage and grow the businesses.

Subsequently, Mr. Kolakowski worked side by side with the Chairman of a large construction company to completely change the way they were doing business in New York City, Florida, Texas, Europe, and Asia. These changes were in operations, human resources, sales, technology, and finance/accounting. Improvements in these areas created greater margins through increased efficiencies allowing better bidding and ultimately a higher success rate. This success rate grew the company’s revenues by 8-fold over 15 years.

David also worked with a smaller company that was growing rapidly and did not have the right level of internal expertise to address the growth. He worked with the management team to develop a plan to address the needs of their customers and devised a solution that increased their online revenues 10 times and grew their membership from less than 1,000 to over 20,000.

Additionally, David worked with several start-up ventures to create business plans, investor pitch decks, trademarks and patents, as well as defining and creating the MVP. His own software ideas have resulted in several software awards including most notably the IBM Excellence in Innovations Award.

David graduated from the University of Connecticut with a Bachelor’s of Science in Business Administration with a concentration in Accounting and a minor concentration in math/computer science. He earned his CPA while working at Deloitte & Touche. He also passed 13 certifications tests from IBM, adding technical prowess to his skill set.